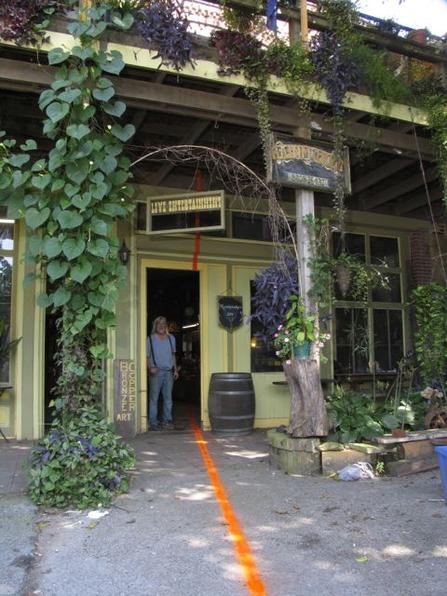 Back in the early 1970s Dave Dardis found exactly what he needed in Makanda: artistic freedom and really cheap rent. For a mere $40 per month space in one of the empty buildings on the town’s historic boardwalk could be rented by anyone willing to make a go of it.

Dardis moved in and began tinkering. Metal art was his calling. And he had talent. Commercial success soon followed. After he bought Makanda’s old bank building a few years later, Dardis expanded his artistic enterprise. When he wasn’t inventing metal sculptures and jewelry inside, the young artist would poke around in the hillside rubble behind his studio. Local history had a fresh story to tell, Dardis believed, and thus began his life mission to create a funhouse of artistically arranged found objects in his backyard. An iron post, a stack of road bricks, a porcelain doll arm--—all of it went into a surreal art statement celebrating the offbeat and renascent spirit of Makanda’s modern existence.

After more than 40 years of continually making art indoors and outside, Dardis and this masterpiece of Makanda hippiedom called Rainmaker are cultural landmarks. Everybody who visits Makanda’s boardwalk stops by to wander through this monumental weirdness. As old installations built decades ago crumble and decay, new ideas get created. Nothing lasts forever. But nothing stops creation, either. One day in 2015 Dardis looked at a satellite map of his building and realized his museum of peculiar wonders happens to be in the path of America’s next total solar eclipse. What’s more, the precise, dead-center line of the August 21, 2017 American eclipse slices directly through his front door. Better still, Makanda is where the eclipse will reach its peak duration. Every eclipse chaser in the world will want to be here.

Doing what anyone on Earth would do, Dardis got out a bucket of red paint. He marked a laser-straight line through his front door and up the walls of Makanda’s old bank. He made an eclipse sculpture in his backyard and set an eclipse marker in concrete. This is Makanda, after all, where artistic freedom still rules. And creating art with found objects, including the totally free solar eclipse that happened to show up at his front door, is just what Dave Dardis does. 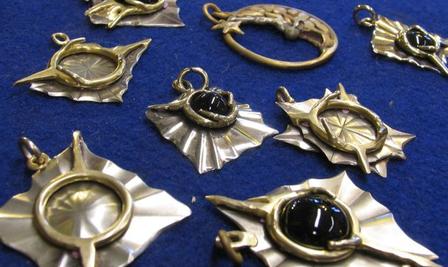 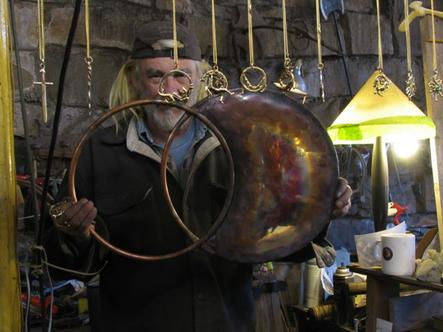